Validating a New Measure of Life Stress for the Military

Military spouses endure stressors that are unique to the military lifestyle. Current research has shown that relocations, separations from family, risk of injury or death, deployments, PTSD, and other factors can negatively impact military families (Easterling & Knox, 2010; Burrell et al, 2006). Unfortunately, there is not an instrument that assesses common military-related spousal stress across all five branches. This study surveyed the common military-related stressors among military spouses in order to construct and validate such a tool. The initial phase utilized a qualitative, focus group design in which over 50 military service members and military spouses were interviewed and asked to discuss the common stressors of military life that they were experiencing. The various stressors identified were compiled and a pool of questions were constructed and compiled in survey format, the Military Family Stressor-Item Pool (MFS-IP), which included questions relating to family, work, education, and health stressors. The second phase utilized a descriptive survey approach, in which a sample of 224 military service members and military spouses completed the MFS-IP, the Life Events Questionnaire (LEQ), and Military Lifestyle Demands Questionnaire (MLDQ).

A sample of n = 132 female military spouses completed the demographic questionnaire and three stessor surveys. Ages ranged from 19 to 56, with a mean age of 32, SD = 7.5. Most participants identified as European-American/White (82.6%), whereas 9% were African-American/Black, 7% were Asian/Pacific Islander, and 5% identified as Other. Participants included 56.8% Army, 27.3% Navy, 8.3% Air Force, 6.8% Marines, and 0.8% Coast Guard military spouses. The majority (93.9%) of participants’ spouses were Active Duty, with 1.5% Reserve, 0.8% National Guard, and 3% Other status. Sixty-one percent of participants’ spouses were enlisted, whereas 39% were officers. 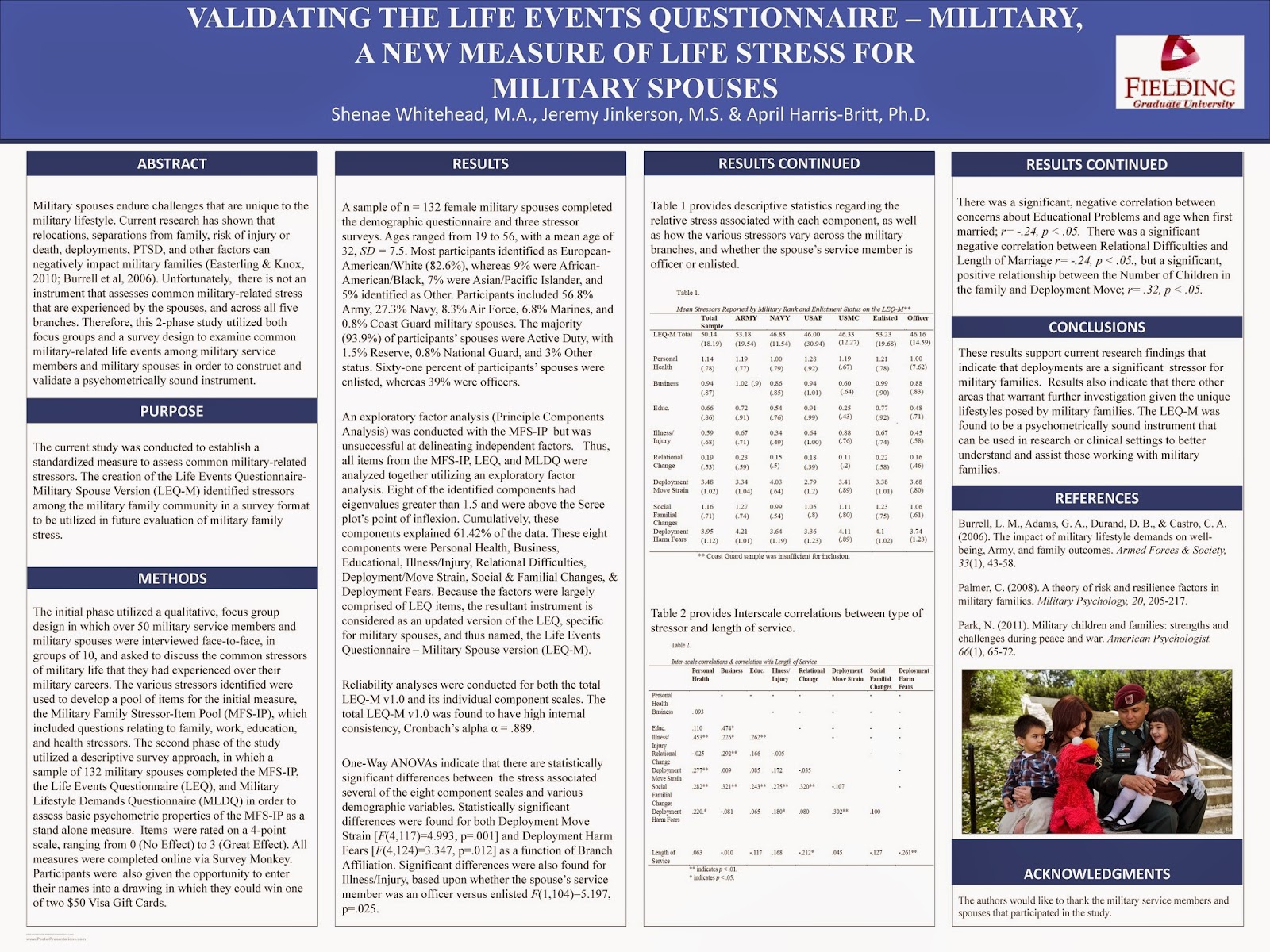